The Press Club of Cleveland awarded KP Photo with a first place accolade in studio photography for the Love Your Mother feature in Edible Cleveland’s spring 2016 issue.

KP celebrated the honor alongside many other talented winners at The Press Club of Cleveland’s 39th annual All Ohio Excellence in Journalism Awards on June 2nd at the House of Blues in Cleveland.

For the past 128 years, the Cleveland Press Club has been dedicated to supporting Cleveland’s excellence in journalism and communication. Every year, the organization recognizes its members comprised of journalists, editors, advertising professionals, and affiliates with awards for excelling in the categories of visuals, printed publications, digital media, broadcast, and photography.

This year, more than 900 entries were judged by press club members from all across the country. Winning entries excelled in the areas of significance, clarity, writing, enterprise, effectiveness, and originality.

KP’s award-winning entry is the product of a skillful collaboration between KP photographer, Clarissa Westmeyer, and food stylist, Melissa McClelland. Inspired by the “Mother” theme of Edible Cleveland’s 2016 spring issue, Melissa creatively conceptualized, developed, and styled vinegar recipes that were elegantly captured by the talents of Clarissa. Beautiful, flavored vinegars all begin with a starter (often referred to as the mother), thus tying the Love Your Mother feature to the publication’s theme and the season of Mother’s Day.

Since our first collaboration five years ago, we’ve enjoyed creating award-winning work with Edible Cleveland, and look forward to supporting the publication in future creative collaborations.

Congratulations to all of the 2017 All Ohio Excellence in Journalism Award winners! We’re honored to be considered among the best of the industry.

To receive future updates and announcements on KP news, sign up for our quarterly e-newsletter here. 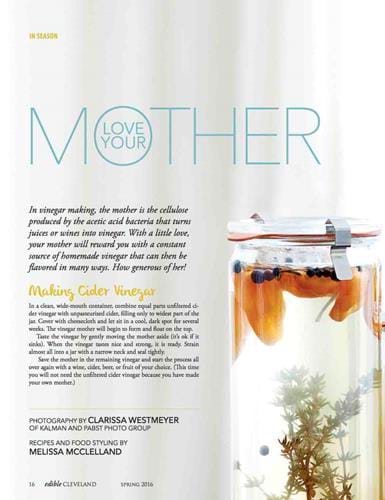 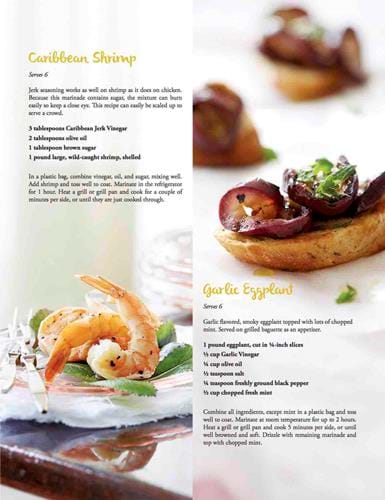