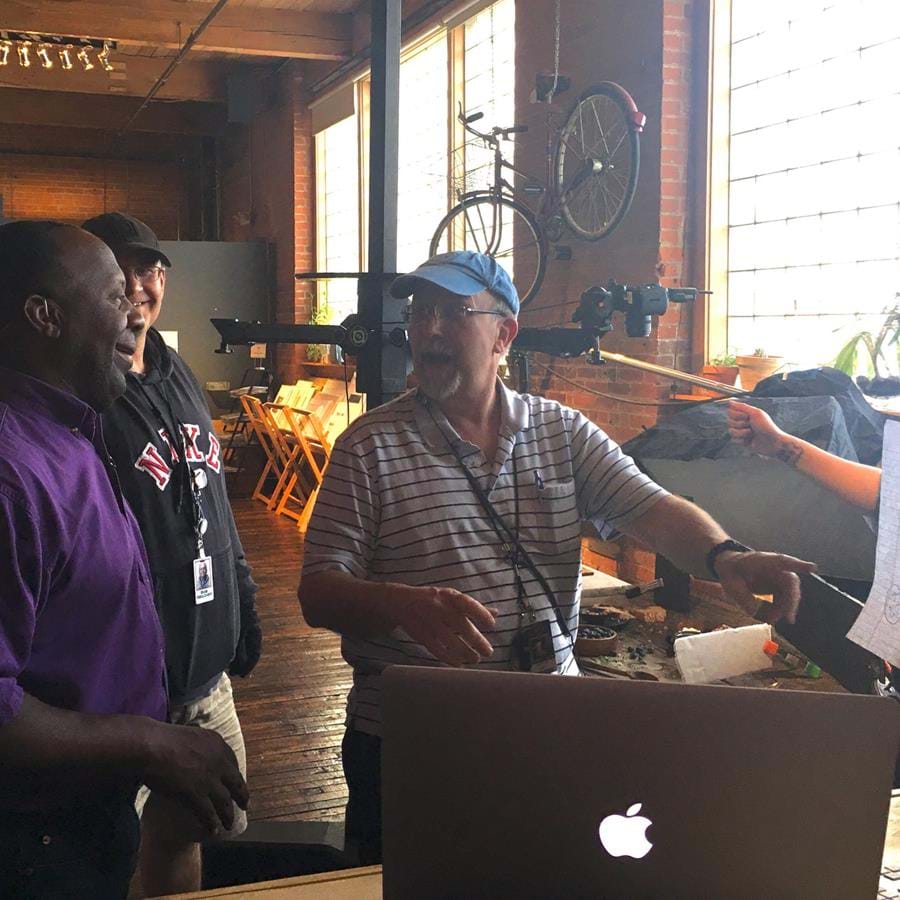 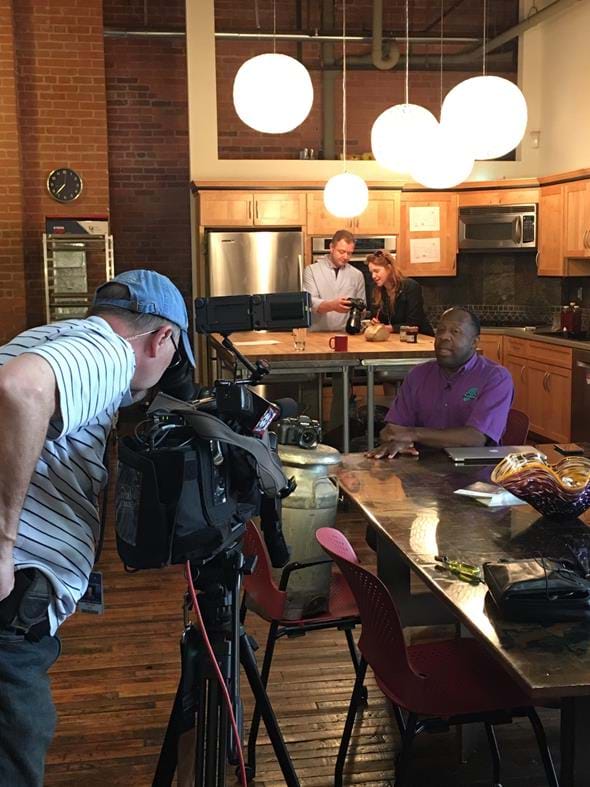 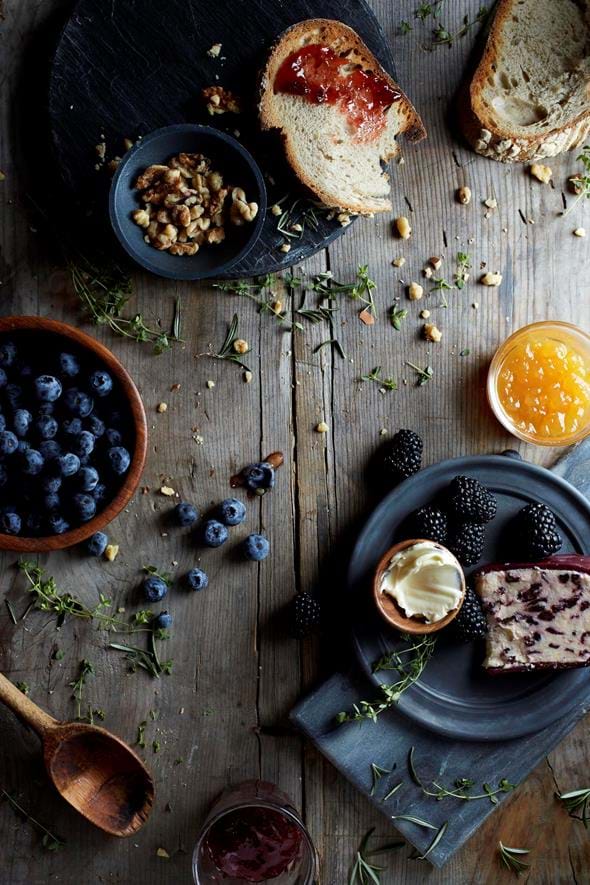 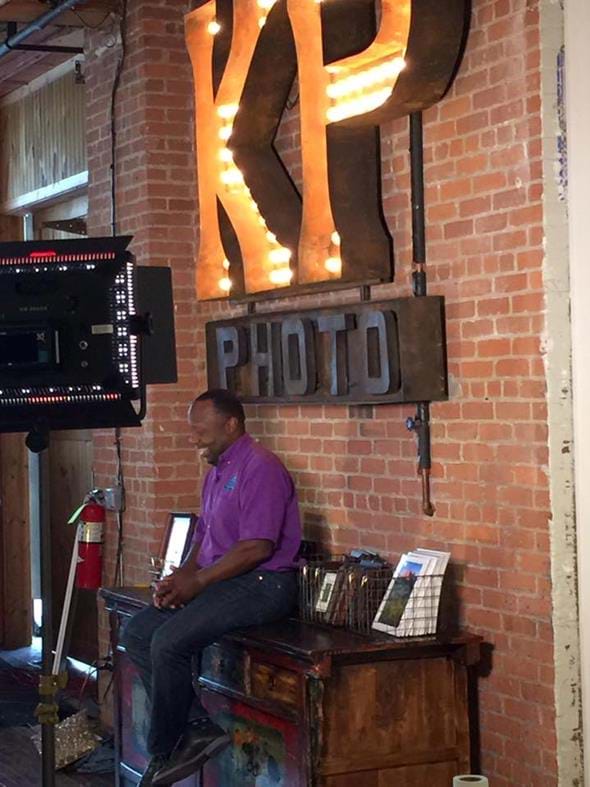 Only Kenny Crumpton, of Cleveland’s Fox 8 News, “Kickin’ It with Kenny,” could pull the KP staff and crew from the comforts of our snuggly beds for a live TV set call before 6 a.m. It was for a special occasion as Kenny was on site in our studio to give viewers a sneak preview of The Kalman & Pabst 2016 Biennial Fine Art Show, which benefited the Hunger Network of Greater Cleveland.

The five Fox 8 Morning Show segments highlighted KP’s transition from photography studio to art gallery, displaying more than 600 pieces of artwork created by our employees for the two day show. Studio co-owner, Craig Brown, spoke about the history of the studio-funded show, which dates back to more than a decade of encouraging employees to flex their creative skills outside the studio.

In addition, Angela Dudek from the Hunger Network of Greater Cleveland was also in the spotlight to raise awareness for the organization’s mission to reduce hunger in the community.

Switching roles from host to photographer, Kenny tested his creative skills in food styling and photography, by putting the finishing touches on a beautiful breakfast spread with KP photographer Rosie Hileman.

We were honored to have Kenny in the studio, and greatly appreciate his time. 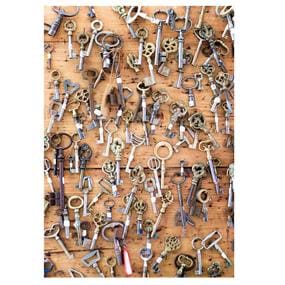 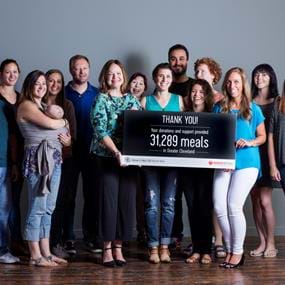