Over the years, photography interns at Kalman & Pabst have proved to be the best side-kicks around. They’re engaged learners, speedy lunch runners, honorary handy(wo)men, quick-witted, expert taskmasters, etc. The list goes on and on, but above all, they always manage to leave a lasting impression.

Our recent photo intern, Nick Hoeller, has done just that. Looking for ways to cultivate his photography skills, Nick poured himself into a passion project that ultimately took him on an incredibly rewarding journey. With his project titled Faces of Sacrifice, you know there has to be a great story behind it...

Q: In essence, what is Faces of Sacrifice?

NICK HOELLER: Faces of Sacrifice essentially revolves around documenting veterans. And, by documenting them, I take their portraits and talk with them to learn a memorable story that they had during their service. Afterwards, I give each veteran a printed portrait I captured of them as a gift to thank them for the time they’ve generously spent with me. 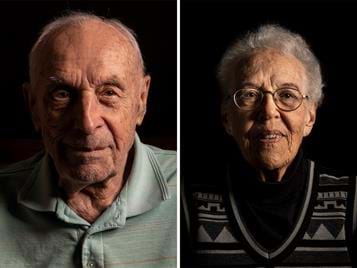 Q: What inspired you to start this project?

Losing him made me realize my regret in not talking to him about his time in the service. I wish I would have asked questions. I wish I would have learned his stories. I was so young, though, I just didn’t fully understand the importance of that. My mom told me how she used to talk with him about his time in the Navy. He loved talking about it, but she never wrote anything down or recorded anything, so that’s why I’m doing this project. I want to go out and get veterans’ stories that people won’t likely hear unless we ask. It’s a way to document their stories and honor them.

Q: What was the most powerful part of this project for you?

NH: I noticed that a lot of the veterans would tell me that what they did really doesn’t mean anything -- I thought that was just so bizarre, because they did so much! I wish they knew how important their sacrifice truly does mean to everyone. So, I was very surprised to hear that and it really opened my eyes. I feel like we should start thanking veterans more than we have been because many veterans don’t think that they did enough or what they did doesn’t matter at all. This couldn’t be further from the truth. 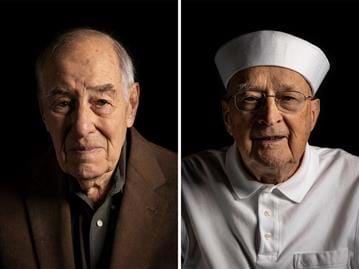 Q: Has your time at KP changed your approach on how you decided to photograph the veterans in your project?

NH: Definitely. I applied a lot of technical things I learned from Rosie, Craig, and Clarissa to this project, like lighting and positioning. I would set up lighting and do practice runs in the studio before photographing the veterans. This helped so much because when I first arrived to the nursing home, I already knew how I was going to position everything and what my camera settings needed to be. It was all because of the help I got at the studio.

I’ve also learned the value of relationship-building at KP, and definitely have applied that to my project. I didn’t just want to take portraits to help build my portfolio, it was more about building a relationship with each veteran, getting to know them, their stories, and sharing a printed photo of themselves for them and their families to enjoy. I wanted to make a connection.

Q: How did it feel photographing one of our founders, Bob Pabst, knowing that he is a veteran?

NH: It made me excited because, obviously, it’s Bob! When Clarissa told me that he was a veteran, I contacted him as soon as I could because he was the first photographer veteran that I knew about. When he came by the studio to be photographed, he brought in a replica of the camera he used to shoot with in the Vietnam era, which was incredible.

Bob’s story was really impactful, too. You could just feel his emotions when he was talking about what he had to photograph. It was very emotional. 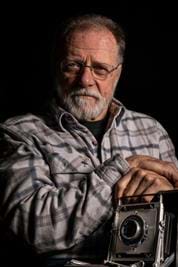 Q: In addition to cultivating your photography skills, have you learned anything about yourself during this project that has surprised you?

NH: This project gave me a deeper appreciation for how the way we’re able to live now in comparison to the way many veterans lived when they were my age. So many people were drafted into service. They had no choice, they had to go. And today, living the way we do now, I’m super thankful that it’s not like that. I’m just so grateful. 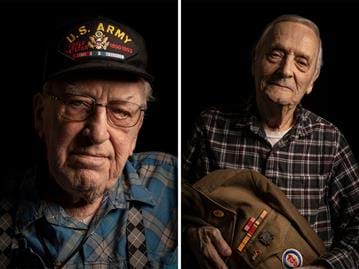 Our purpose for having interns at KP Photo is to guide their creativity, cultivate their skills, and help to position them as leaders in our industry. During this process, we always rediscover that learning is never straightforward, but a two-way street. Our interns invariably teach us a few things along the way, too. Thank you, Nick, for passing along a few insightful lessons our way! 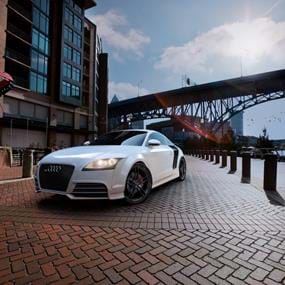 What CGI and Your Car Have in Common